You've probably seen the construction sites and cranes while driving around Greater Burlington. A great deal of residential construction has been has occurred recently and a great deal more is near completion or planned for the future. Some notable examples are Liberty House located in former Burlington College/Burlington Diocese property, Bartlett Brook Apartments on Shelburne Road in South Burlington an the much discussed Burlington Town Square Development City Place.

A recent Seven Days article highlighting the construction of New Champlain College housing on St. Paul Street on the site of former Eagle's Club. The article examines the impact of recent and planned apartment construction stating that "By December, though, the Chittenden County vacancy rate had risen to almost 3 percent, according to South Burlington real estate firm Allen, Brooks & Minor. That's nearly double the average rates of the previous couple of decades. At least 362 rental units were constructed last year in the county, and another 448 are due this year, including those at 194 St. Paul. In the longer term, with big projects such as Cambrian Rise on North Avenue and City Place on Church Street approved for construction, more than 2,000 units are in the pipeline."

The impact of increased supply will likely lead to the stabilizing or lowering of rental rates and there's some anecdotal evidence that this is taking place. This new availability is welcome news to those competing to find rental housing in the tight Chittenden County rental market.

How Do New Rental Units Impact The Burlington Condo Market?

What impact will new rental units have on the equally tight Burlington, VT Condo Market? Well it's impossible to predict the future, but if developers have difficulty achieving acceptable occupancy rates or are unable to charge the necessary rents to make such projects feasible, they may find it attractive to build more condominum units or convert already approved projects from rentals to condos. Such a shift would add much needed housing stock, particularly for the first time homebuyer segment and those seeking amenities and convenience.

It's widely agreed upon conventional wisdom that The Burlington Real Estate market needs more housing of all types. The increasing number of rental units we're seeing now will hopefully open up some of the bottle necks that we're seeing in both condo sales markets and rental markets. Whatever transpires, The Condo Guy Team will be on the front lines helping Vermont condo sellers and buyers. Stay tuned! 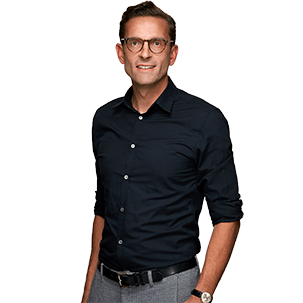